Reported via iOS in the Abandoned vehicles category by Tim kent at 16:28, Sat 7 January 2017 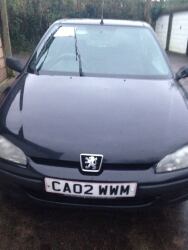 This abandoned car reg ca02 wwm has been left, used for drug activities and reported by local residents. Still not removed though. Cllr Tim Kent