Sent to Herefordshire Council less than a minute later 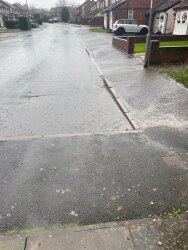