Reported via iOS in the Pavements/footpaths category anonymously at 14:00, Friday 23 September 2022

Sent to Birmingham City Council less than a minute later 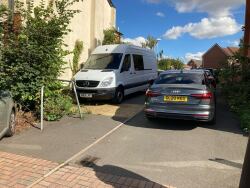 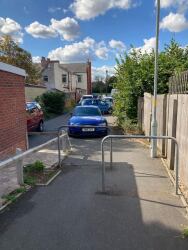 This access road to the Imperial Crescent estate is very dangerous. I was walking past on Friday at 2pm - which is also school pick up time from the local schools - and there are many cars parked in an access path to the estate. The barriers that were once at the Reddings Lane entrance have been vandalized and removed. This access from Reddings Lane needs to be closed off to vehicles and secured.