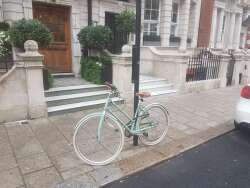 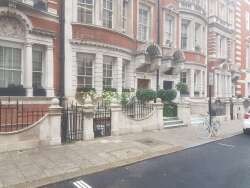 The bike has been left chained to the post outside our premises in Dunraven Street for close to 2 months without any sign of it being removed. The bike itself is starting to rust. It is a trip hazard when exiting our premises and no doubt an inconvenience to those parking in the parking bays at that point in the road.