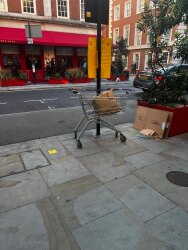 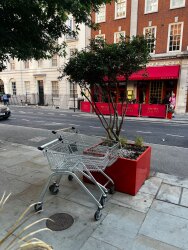 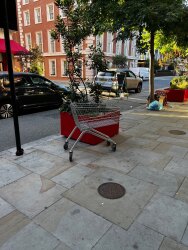 Each morning there are abandoned m&s trolleys left outside on the street (I think they are used by rough sleepers to transport their bedding, which is stored in the lightwell of Savills Estate agents in the day). They are never collected or moved and people start dumping rubbish in them.