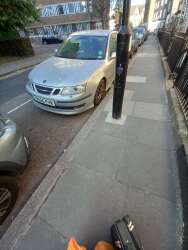 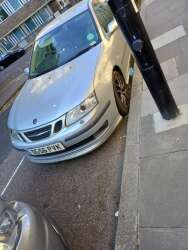 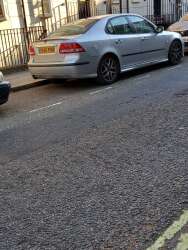 This Saab looks like it's hasn't been banged around, has dents, the front wheels have hard core backed on dirt and the tyre's are actually Illegal, like clearly trashed and visibly badly worn on the outer tread, which has basically worn away, and it just looks stolen and thrashed and dumped in a B Zone residents bay in ASHMILL STREET NW1.