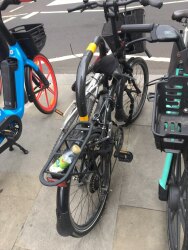 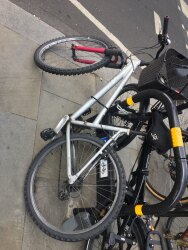 These three bikes have been locked in the same position for months. The tyres are flat, they’ve got broken parts, they’re clearly not in use. They’re taking up 3 of the available 6 spaces.