Rubbish bags put out on street by lamp posts 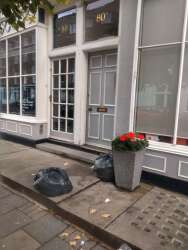 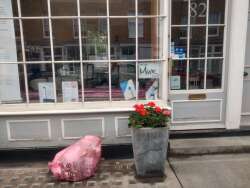 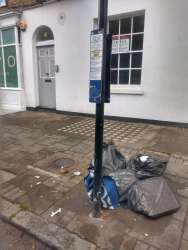 Over several locations on York Street rubbish bags containing food have been dumped and ripped open with food and debris falling out. The specific numbers are 75a, 81 and 83 and on the other side 80 and 80a, and 88a. It just looks such a mess. It was all there yesterday evening and is still there today possibly more bags out on the even side of the street.