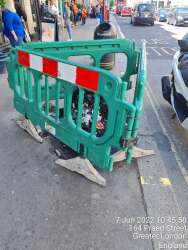 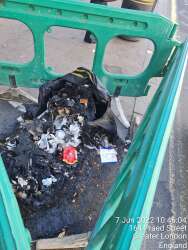 Debris of litter bin remains and bin has been made secure by plastic bollards Could this be rectified. It's been like this for over a month.