Reported via iOS in the Parks/landscapes category anonymously at 08:09, Thursday 21 April 2022 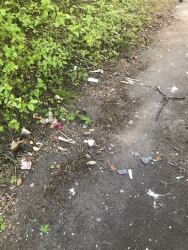 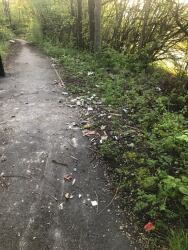 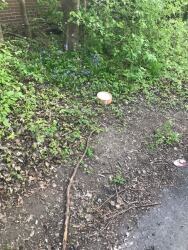 Litter - remnants of masses of flytipping which had blocked footpath into Grimesthorpe Woods from Wood Spring Court. Flytipping now removed, litter left in its wake.