Pile of pallets and other waste

Reported via Android in the Flytipping category anonymously at 16:14, Fri 3 December 2021 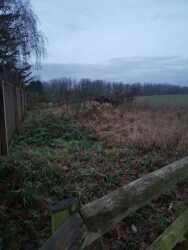 There is a large pile of pallets and other waste just off the footpath that is next to no. 42 Green Lane.