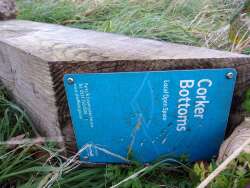 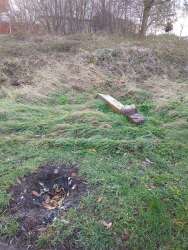 The concrete marker post shown has been removed and is lying on the ground. Looks like it's been forced out of it's base by someone wanting to light a fire on the exposed soil?? Please reinstate it. It is near where the TPT trail begins from manor way.