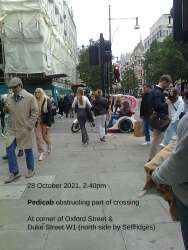 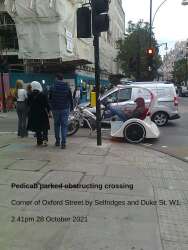 Pedicab parked with front on the crossing at the traffic lights, Duke Street/Oxford Street by Selfridges.