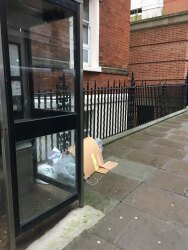 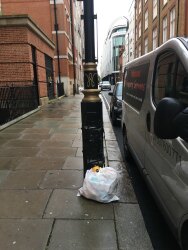 Perhaps residents moved round corner as previous dumplings in front of the building. Regular occurrence household waste dumped on street outside Clarendon Flats. Residents have access to bin store to place their waste. Some residents don’t have access despite multiple requests to landlord Grosvenor estates for keys