Lamp-post knocked out of base by lorry.

Reported via mobile in the Pavements/footpaths category anonymously at 12:49, Thu 14 October 2021 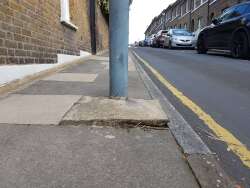 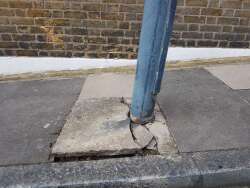 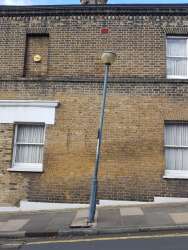 Opposite 63 Maidenstone Hill (rear of 18 Dutton Street) lamp-post has been hit by lorry and now at an angle to the vertical. If there is a further collision or strong winds this problem could get worse!