Cement left on cobbled mews and swept into drain

Reported via mobile in the Street works and obstructions category by Martin Coles at 14:32, Monday 16 August 2021 using FixMyStreet Pro 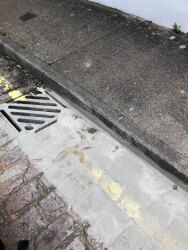 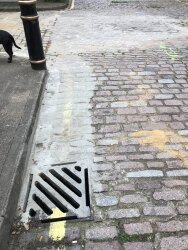 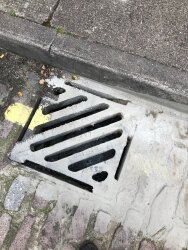 Last week a small part of our cobbled mews was dug up for some work by Thames Water. When the cobbles were replaced the contractor lazily swept the left over concrete into a nearby drain. The concrete is now dry and so the cobbles have been permanently defaced and in additional the drain is likely to get blocked, as has been the case in the past when another contractor did the same thing in the same drain. This creates localised flooding in this part of the mews. Can you please arrange for someone to sandblast the dried concrete off the cobbles, kerb and drain cover? It would also be worth checking if the drain is now blocked again. Many thanks for your help. You can find the problem outside number 49 Devonshire Close, which is opposite number 3.