Reported via desktop in the Trees and plants category anonymously at 14:31, Wed 7 July 2021 using FixMyStreet Pro 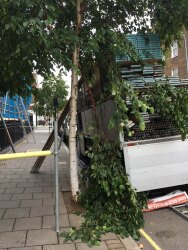 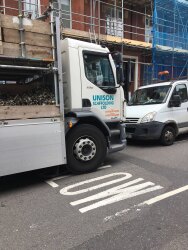 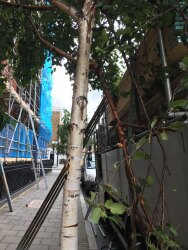 Scaffolders are working on York House (a mansion block which faces onto Upper Montagu St, York St and Knox St). A scaffolding lorry from UNISON Scaffolding Limited has caused significant damage to a tree at the junction of York Street and Knox Street. I am sure it was not intentional but they appear to have taken no care to ensure that they did not damage the tree.