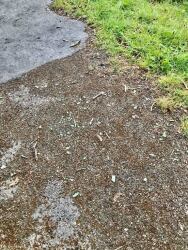 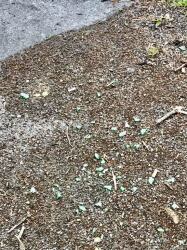 In Grimesthorpe Woods, where footpath which has diverted from the one running parallel with Earl Marshal Road forks, just above lamppost no. 43 - Lotsof broken green glas on left fork.