Reported via mobile in the Rubbish (refuse and recycling) category anonymously at 09:12, Fri 2 April 2021 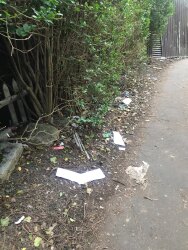 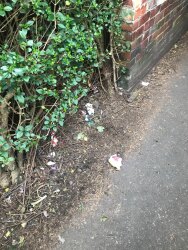 This rubbish is thrown by school children on way to and from school. Includes drinks cans/bottles, crisp packets and any other rubbish they can drop.

It is the gennel from Hinde House School to Leedham Road