Reported via iOS in the Rubbish (refuse and recycling) category anonymously at 19:16, Tuesday 23 February 2021

Sent to Birmingham City Council less than a minute later 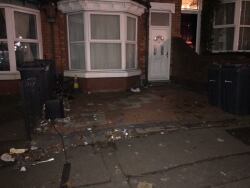 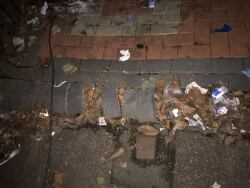 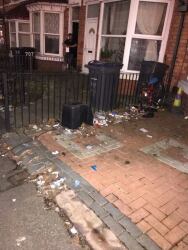 This neighbour has smashed down his front wall down! Street rubbish now gathers up into his front garden but himself or his children don’t leave the house for weeks and he dosent clean it up. We have written to him many time but he dosent take any action. Aswell as this he has done a very poor job and left loose bricks on the pavement as well as a wire leading to the road which is highly dangerous for an elderly member of the community to trip over. The neighbour did not inform anyone of his doings, and this has caused frustration among the locals , as he refuses to clean up all the mess in his front garden. During lockdown, we are all at home and it is upsetting to have to witness masses up rubbish on your doorstep. He is an English speaking professional but his selfishness and carelessness has become extremely problematic. The neighbours believe that if someone from the council authority comes out, there is hope he will start respecting his community and neighbours. I hope this can be swiftly sorted. Kindest.