Reported via mobile in the Flooding from a blocked drain category anonymously at 08:28, Wednesday 6 January 2021 using FixMyStreet Pro 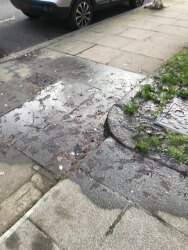 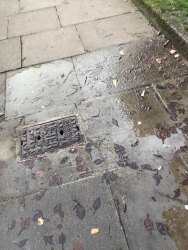 There has been water leaking from the manhole cover at above address for several weeks making the pavement very dangerous for pedestrians and for the elderly residents of 101 Towneshend Court.