Reported via iOS in the Flytipping category by Ramzan Ali at 12:27, Thu 3 December 2020 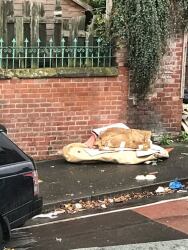 There is a rubbish dumped on the pavement that is denying access to the pavement on this side. Photo is attached