Reported via Android in the Pavements/footpaths category by Cllr. Jeremy Kenyon at 10:58, Wed 4 November 2020

Sent to Derbyshire County Council less than a minute later 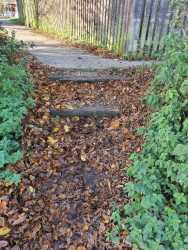 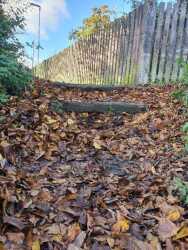 There are two paths in an urban footpath used by many elderly people. There is a long drop from the bottom step to a sloping path and it needs a third step. Someone has fallen recently and there will be more. Please can a third step be added. This was also reported several months ago. Thanks.