Dig in pavement on Dongola road open. Started as an investigation 2 years ago.

Reported via desktop in the Pavements/footpaths category by jean comarmond at 08:24, Thursday 8 October 2020

Sent to Haringey Borough Council less than a minute later 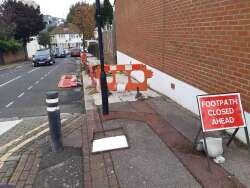 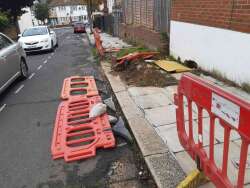 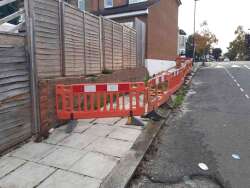