Reported in the Flooding/drainage category by Kemal Toraman at 10:23, Wednesday

Sent to Highways England less than a minute later 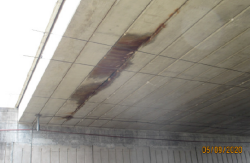 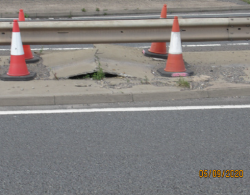 A network rail personnel Informed that water seepage from the deck had forced the Overhead lines breaker to cut in on several occasions on 04/09/20.