Reported in the Pavements/footpaths category by Diane Raybould at 16:55, Tuesday 30 June 2020

Sent to Bridgend Council less than a minute later 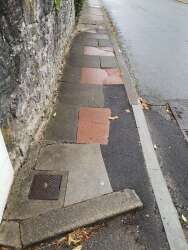 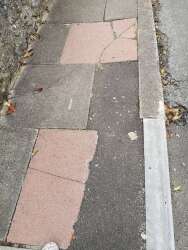 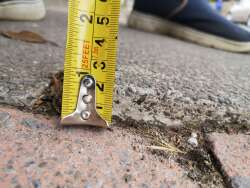 Uneven broken pavements caused a fall last week. There had been a general deterioration since tarmac laid with adjacent paving all cracked and sinking.