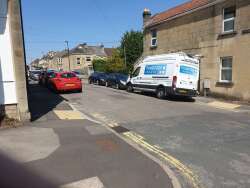 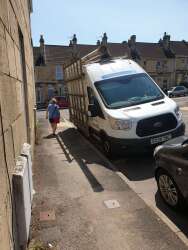 Double Yellow lines on the corner of Cythia Road / St Kildas road are faded to the point of not being visible, as a result large trucks are frequently parking Illeagally and blocking the drop curb for disabled access and the textured pavement crossing for the blind. It is a dangerous corner and additional traffic here blocks council vehicles that need access to the top of St Kildas Road to the linear path and to all delivery vehicles that require access to Moorland Road shops (such as Sainsburys and Coop).