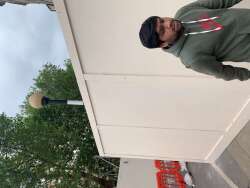 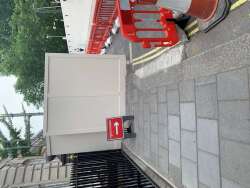 At site 010033634526 | Development Site At 1 Lees Place, 43 North Audley Street And 22 Grosvenor Square London W1K 6DT on Tuesday June 2nd they extended the hoarding into the road blocking the foot path which was open prior and have put temporary plastic footpath fences in the road making the road dangerously narrow for the trucks and pedestrians on the road. With having a dog and child in a pram the loss of the sidewalk, being forced into the road and the reduced sidewalk on the other side of the road for the construction site at the old embassy makes the interchange for Grosvesnor Sq an issue.

The extended hording also blocks the yellow lamp on the left side of the road signaling traffic to slow/stop at the cross walk into the square as it is no longer visible except from after you pass it.