Reported in the Pavements/footpaths category anonymously at 15:31, Tuesday 3 March 2020 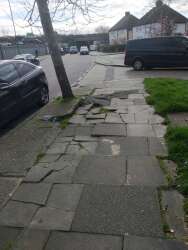 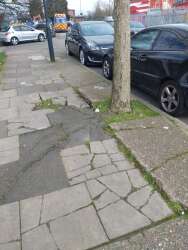 Reported to Brent Council on numerous occasions since mid to late 2019. Job tickets raised but closed down by Highways as completed.