Reported in the Flytipping category anonymously at 20:10, Fri 6 December 2019 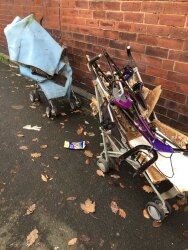 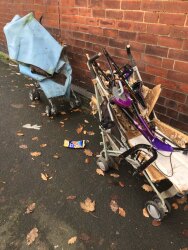 Two old pushchairs filled with a variety of rubbish dumped near to junction with Barnsley Road. Causing obstruction on pavement. This is a place where rubbish is often dumped as it’s not overlooked very much by people’s houses.