Reported in the Rubbish (refuse and recycling) category anonymously at 16:11, Sun 20 October 2019 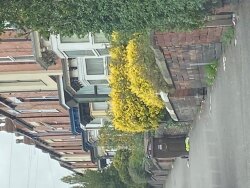 This bin has been left on the street for weeks - it is not being emptied by the refuse collectors as it’s overflowing and the residents are not taking it back to the property of emptying it at all. Remains on the street with litter falling out of it.