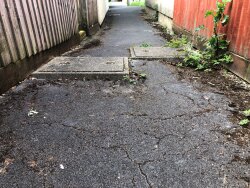 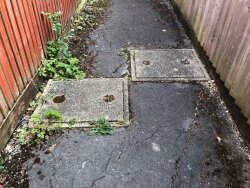 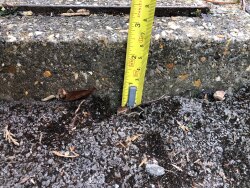 This has clearly been like this a long time, and has definitely been like it since we moved here in August 2018. As summer is coming around the children will be out playing on bikes and running around, this doesn’t seem to be getting fixed - so thought you may not know about it. It may not look like much on the pictures, but it’s like a curb in the middle of the ally, it’s not very well lit here at night either.